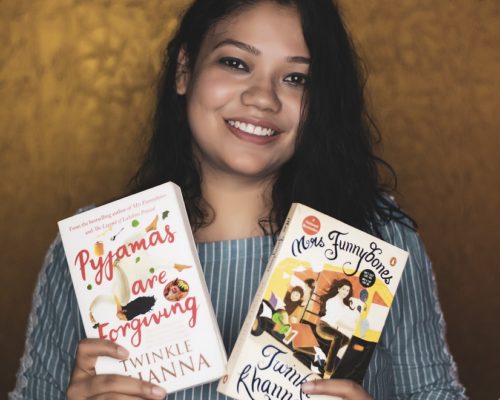 I know I am super late with this book review but better late than never. I love the author’s writing and read almost everything she has written in books or media prints. I liked her write-ups and after Mrs. Funnybones I became a fan of her writing. Mrs. Funnybones was Twinkle Khanna’s debut as an author. It is based upon her immensely popular and delightfully irreverent column of the same name published in Mumbai newspaper, DNA.

About the author: Twinkle Khanna

Twinkle Khanna is a famous newspaper columnist, film producer, former film actress, and interior designer. Her write-ups are witty, entertaining and effective. Her first book was Mrs. Funnybones and it sold over one hundred thousand copies, making her India’s highest-selling female writer of 2015.

Pyjamas are Forgiving (Juggernaut Books, 2018) was released on September 2018 and debuted at number 1 on the Nielsen Bookscan All-India Bestseller List. (Source-Wikipedia).

Anshu, the protagonist of the book is a woman with whom you would feel a special connect with because she goes through the similar emotions many of us go through often. A wry, plump divorcee in her 40s, but for different reasons or at least that’s what book portrays. We meet her at Shanthamaaya Sthalam in Kerala, this place is an Ayurvedic spa which is over-expensive but does offer good results. She has been coming to biennially for years.

A spa where people are supposed to exercise restraint, consume copious amount of ghee and in turn get treated for their ailments, a middle-aged woman, Anshu, our protagonist – finds it hard to sleep. The book touches bits about her days spent in the spa, her rude shock on meeting her ex-husband, and her final realization that it is a pair of jeans that hold grudges while pajamas (pyjamas) are forgiving.

Anshu’s character in the book is surrounded by many side-artists who are co-habitants of the Shanthamaaya sanctuary. The description of the routine, right from the ghee drinking spree to banter between the patients can draw chuckles or shudders, depending on your perspective and belief in alternative remedies. The author doesn’t impose or endorse views where this is concerned, she simply states it like it is, but with much fun.

Well, to say the least, You don’t reach your forties without feeling grief, loneliness and moments of absolute joy.

Buy or Not to Buy:

If you like the writing style of this author then you should give this a try though for me this was not as good as I was hoping for this book to be. A light read it is. I was hoping to see more of her magic of witty writing and was a bit disappointed, however, This is written for all those women who, own the scars, the cellulite, as well as the beauty spots. There are cameos that will make you laugh out loud, and also recognize people from your own life.

The vocabulary is simple and narration is well written, even when the story seems to be losing plot you want to read just a bit more hoping it will get better. The narration has both humor and empathy which is a trademark of the author’s storytelling. Talking about the cover it totally depicts a story of the inside and I genuinely liked it, quite eye-catchy.

Sometimes the book may seem like a drag and a plot a bit boring, but the good narration and the emotional connection to the protagonist seem to overcome the drag beautifully.

For me, it is an average read. 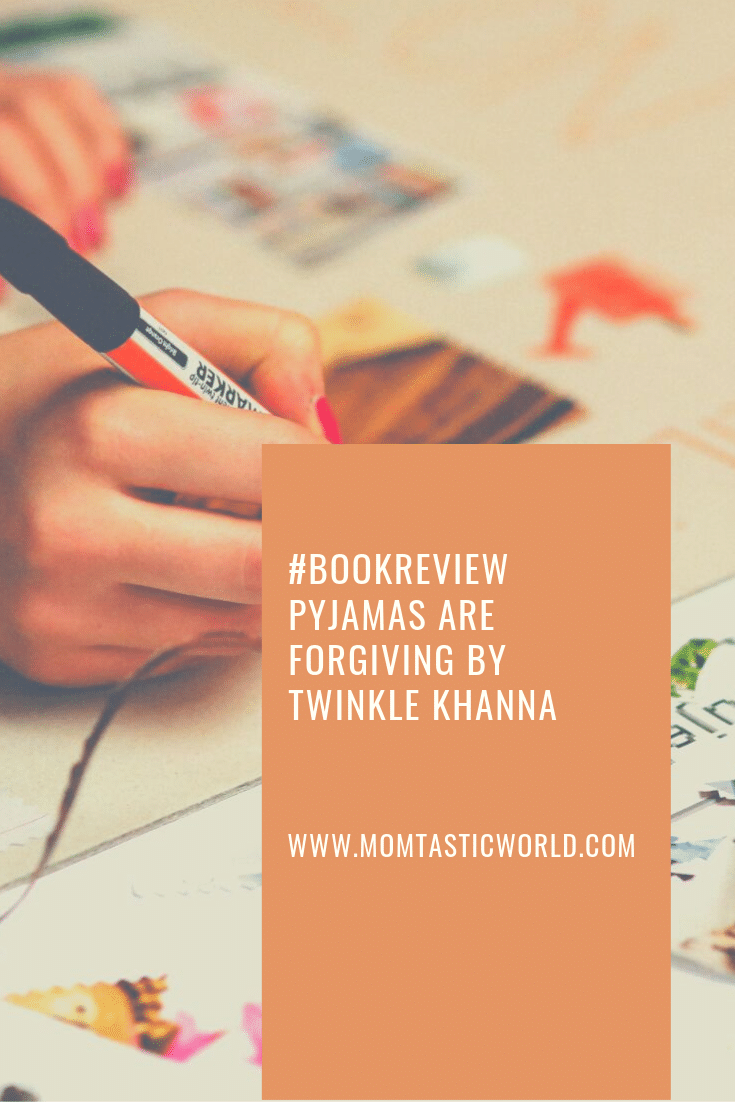 If you liked reading this, then please do not forget to subscribe to our newsletter. Have you checked our parenting zone or recipe section? Also, if you like my work, don’t forget to follow me on INSTAGRAM.

This post has been written as part of the #BlognBookswithus Blog Train hosted by Kapila from Every Little Thing: Happiness and Kavita from the Momtastic World. You can read my previous blog on this blog train here. We are posting about books on our blogs. So hop on and enjoy reading these wonderful posts.